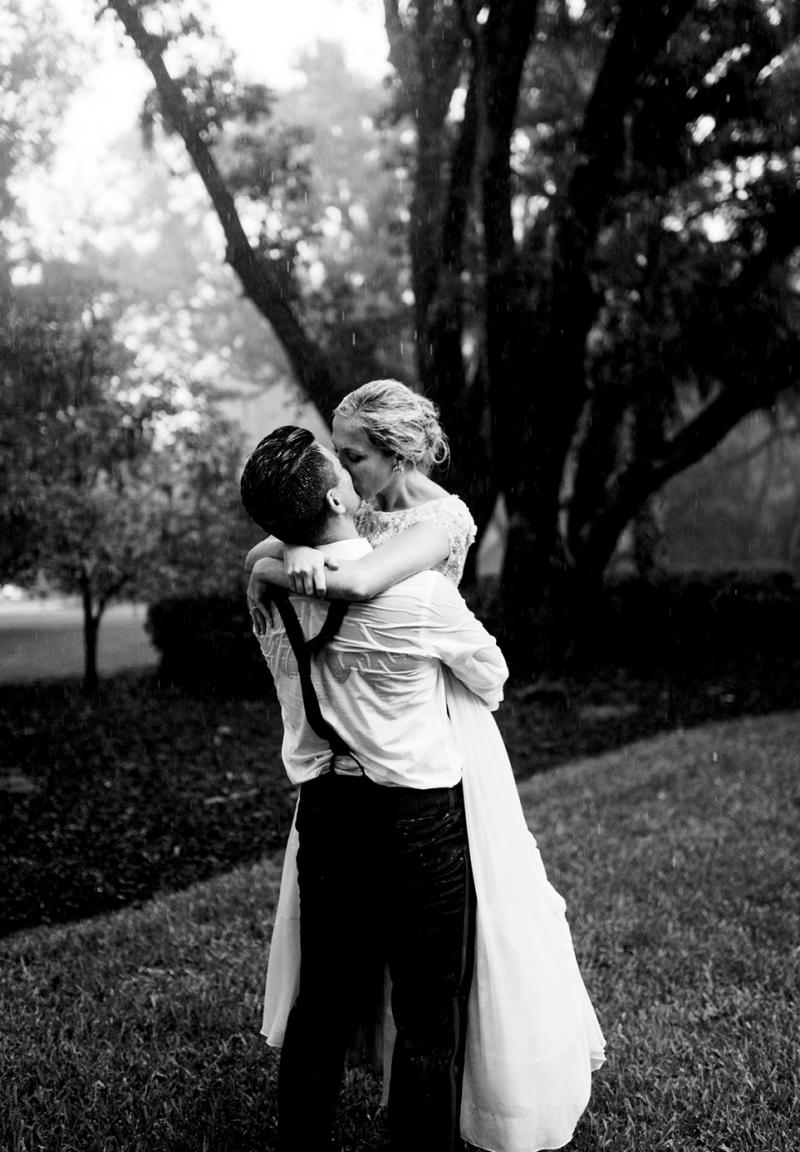 Molly Keeler & Paul McNeill
October 4, 2015
River Course at Kiawah Island
When the 1,000-year flood (so named because there’s a one in 1,000 chance of it happening in any given year) hit the Holy City last October, kayakers paddled around the City Market; waters from Charleston Harbor splashed over The Battery’s seawall; and scores of brides, grooms, and wedding vendors were left scrambling as the city’s streets closed to nearly all but first responders and news crews.
Yet, as Molly Keeler and Paul McNeill go to show, floodwaters ain’t got nothin’ on love. The local pair woke on their wedding day (October 3, 2015) to find Kiawah Island’s front gate under five feet of water. Accepting that their nuptials there at the River Course were a no-go, they waded through the island’s flooded streets to gather with their wedding party and family. “We played games and told stories,” says Molly. “Everyone shared kind words and gave us their blessings—none of us thought we’d all be together for the real deal.”
Overnight, however, the floodwaters receded just enough to let a handful of key vendors onto the island. So with help from gracious passersby (one random SUV-driving fellow toted the couple and guests around all day), above-and-beyond pros (photographer Nickie Stone’s husband played chauffeur, too), and loved ones (Molly’s cousin got e-ordained that morning to stand in as the officiant), the couple swapped vows as 65 of their 159 RSVPs looked on.
Following a short, yet super sweet reception—complete with a repast pulled together by The Kiawah Island Club’s head chef and his wife- turned-prep-cook—the newlyweds took off on this gleeful sprint through the pouring rain. “It was the most freeing feeling of the entire weekend,” says Molly, who didn’t give a thought to puddle splashing in her Anne Barge gown. “All the stress and shortcomings led us to this one magical moment when we were off in our own little world.” Love: 1. Flood: 0. 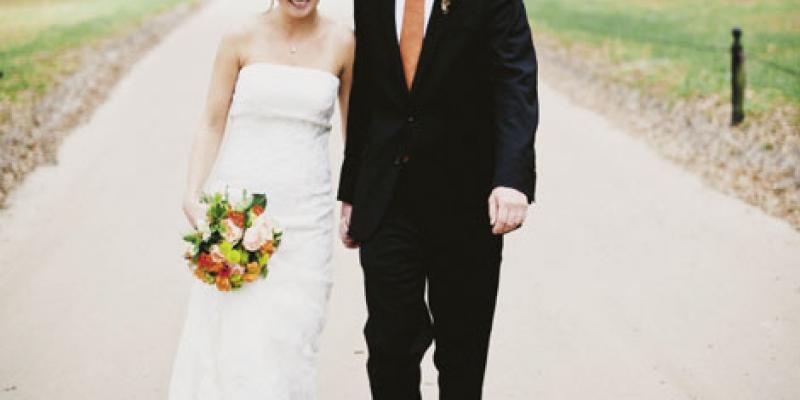 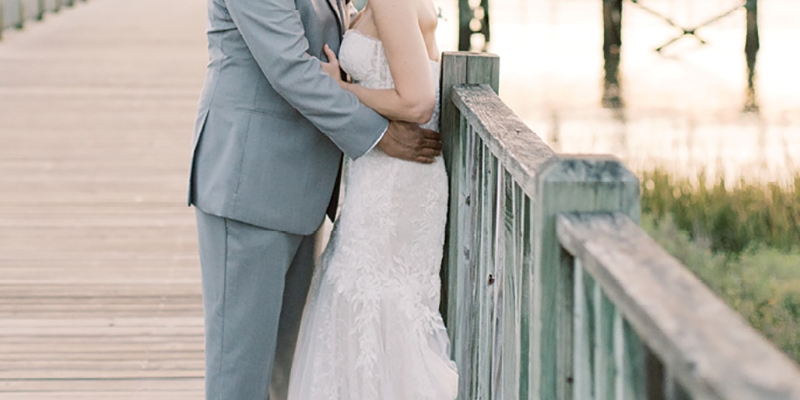 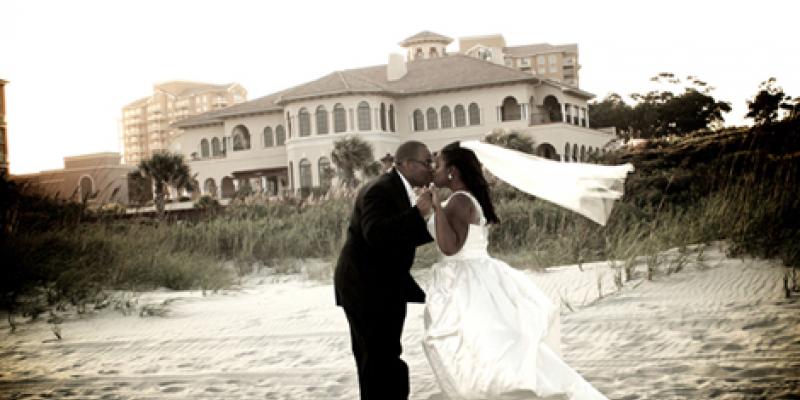 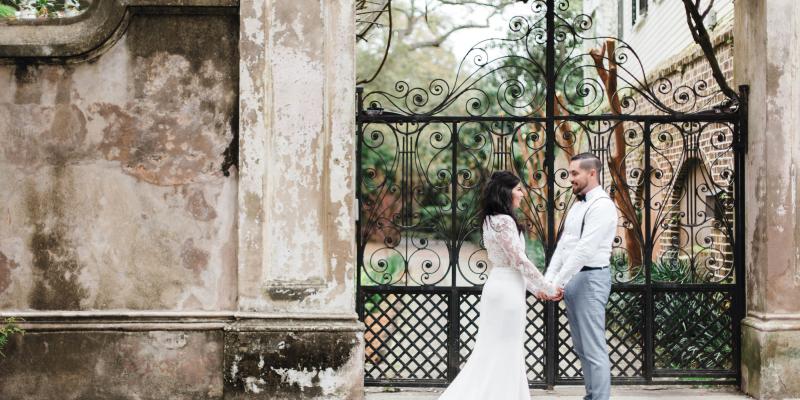 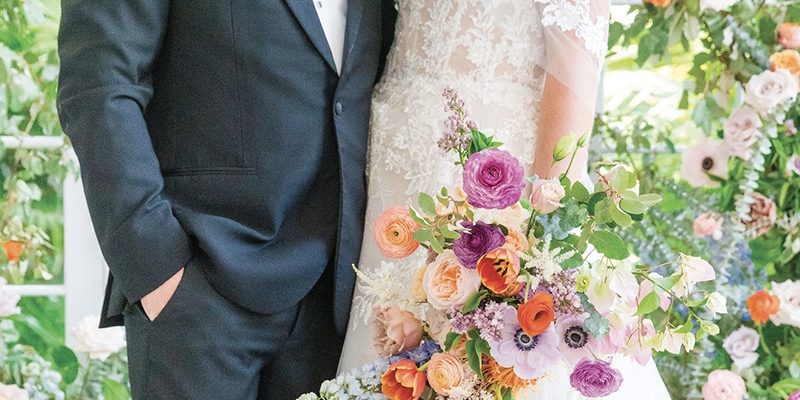 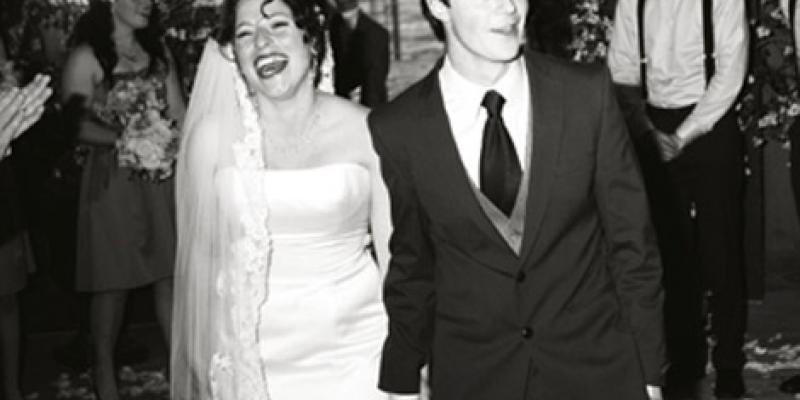 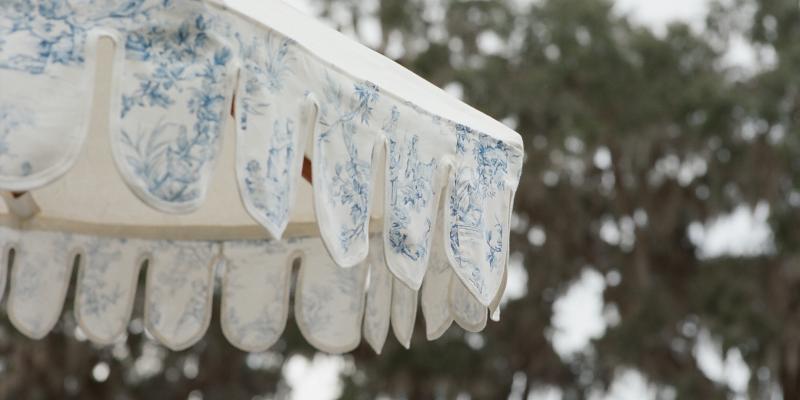 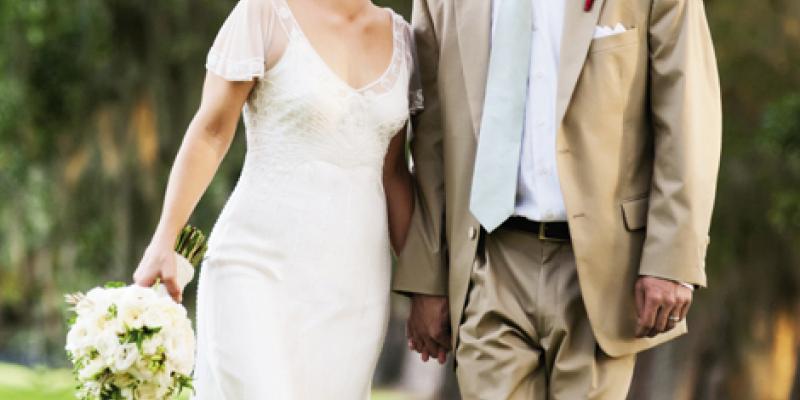 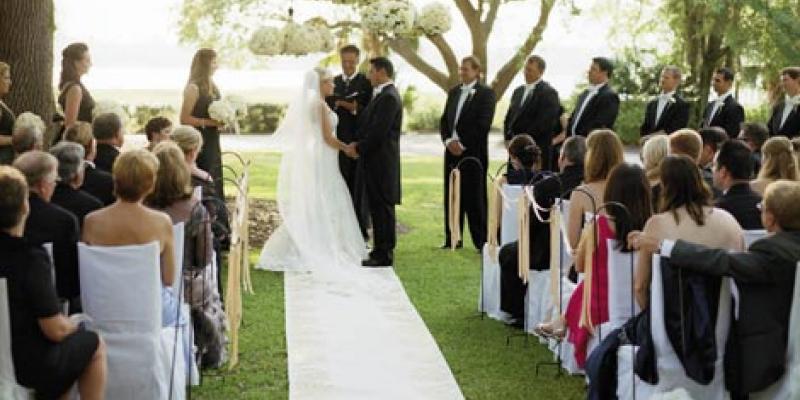