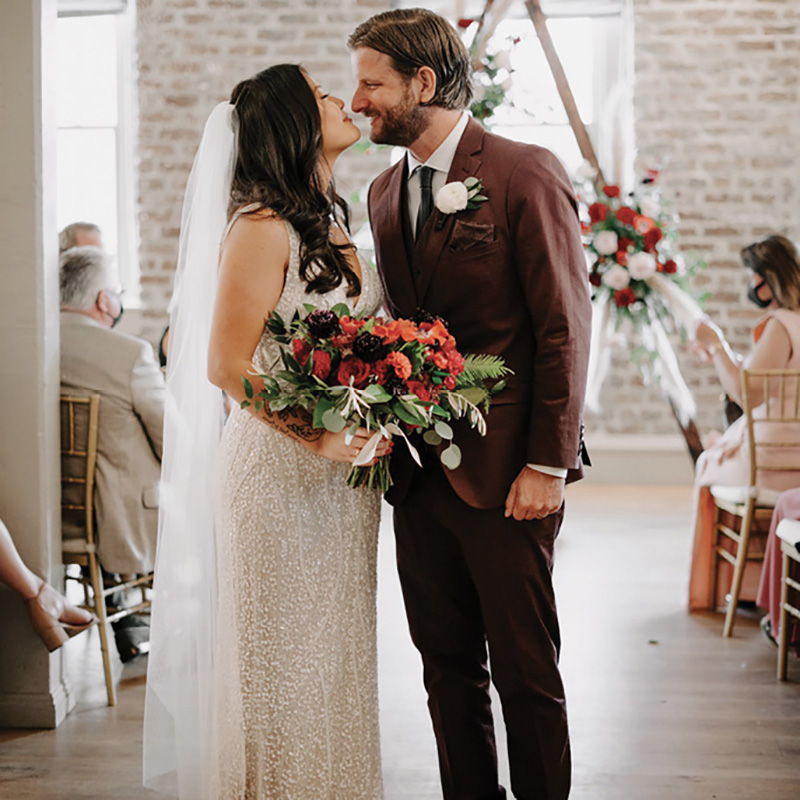 While working for local eatery Indaco, Nate began falling for regular diner Tina and would stop by her table each time to say hello. During their first dinner date, they discovered a shared passion for the food and beverage industry and trying new restaurants. In 2017, the pair bought a home together in West Ashley, where Nate would ask Tina to be his wife a year later. They were married and held a reception at Merchants Hall, with dinner catered by barbecue joint Swig & Swine, where Tina currently works, and a nonstop dance party with the Emerald Empire Band in candlelight.