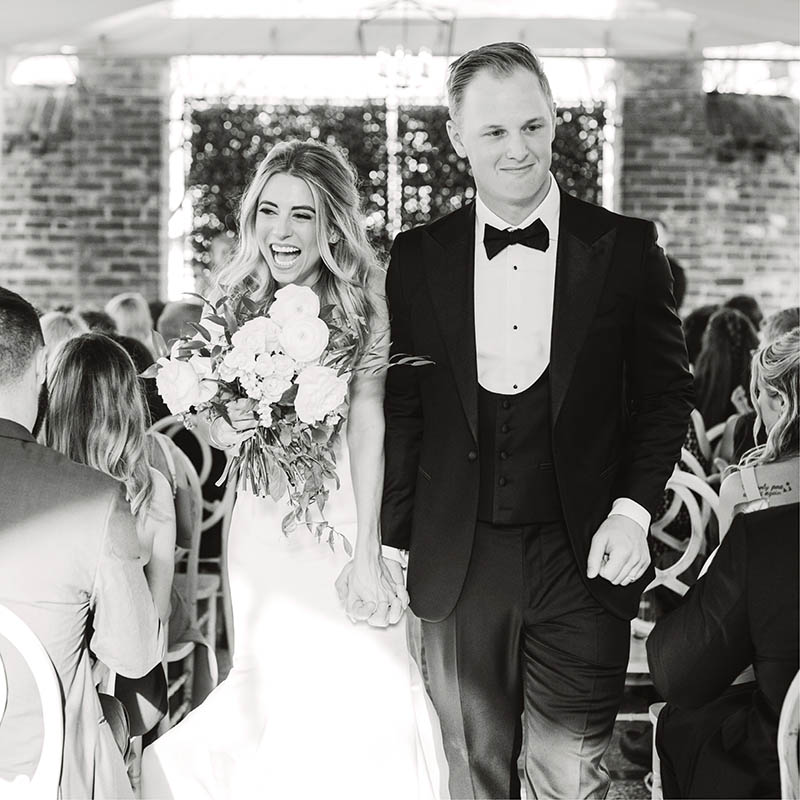 When Charleston native Hannah met Eric at an Irish pub in 2015, it was love at first sight. After two years of dating, the couple decided the 15-minute subway ride from New Jersey to New York was too long and moved in together. In 2019, Eric proposed in front of the city skyline on the Hoboken waterfront, after which the pair went to their favorite restaurant where families and friends were waiting for a surprise engagement dinner. The two were wed at the Gadsden House and held a reception in the courtyard, serenaded by singer Jermaine Paul, winner of The Voice Season 2.