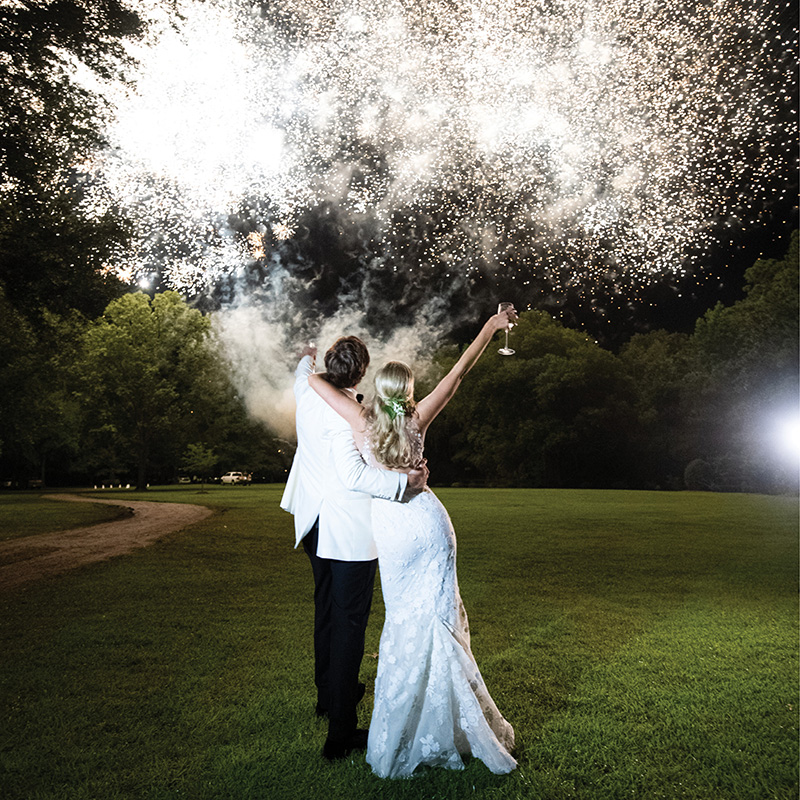 Hannah and Connor fell for each other the summer before they both went to Clemson University. Little did they know, but the two had already met at the age of three. Turns out, their parents were old friends, though the pair didn’t realize it until later. After dating eight years, Connor asked Hannah to marry him outside his family home on Isle of Palms. The couple had planned a wedding at St. Philip’s Church, but due to COVID-19, they moved the ceremony to Hannah’s family home on Wadmalaw Island. They were married under a flower display surrounded by close family and friends and ended the night with fireworks.